Most good programmers do programming not because they expect to get paid or get adulation by the public, but because it is fun to program.
- Linus Torvalds 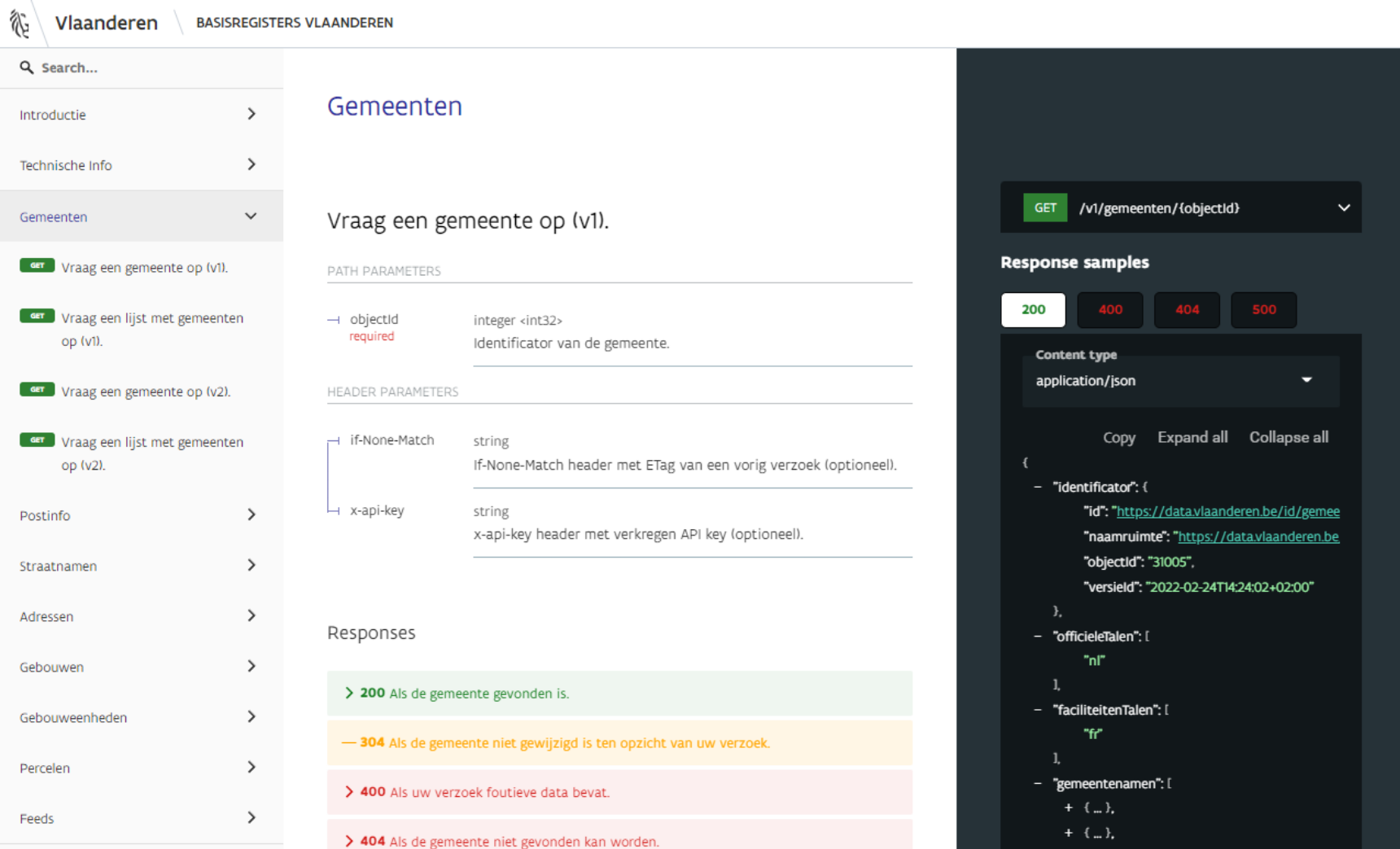 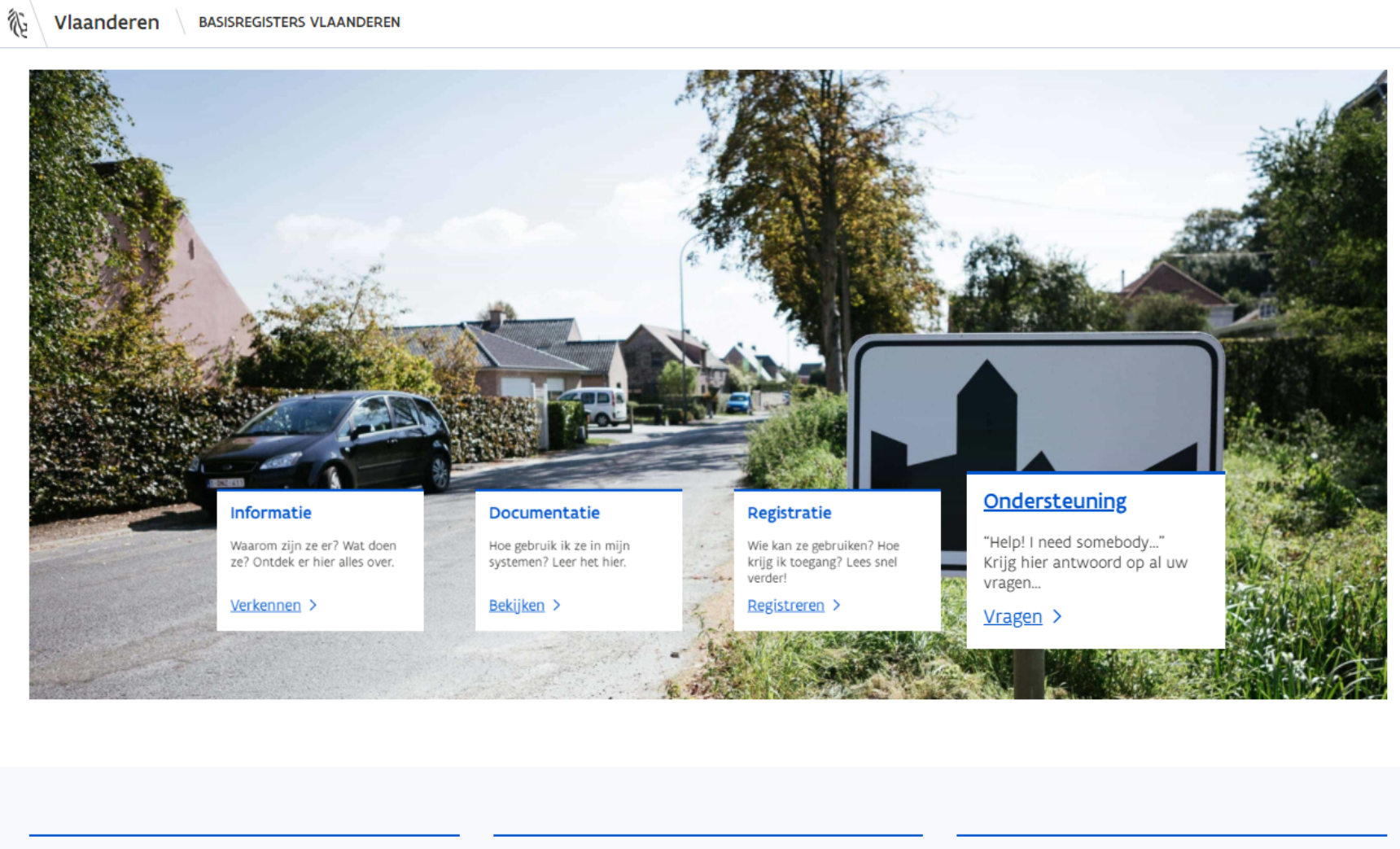 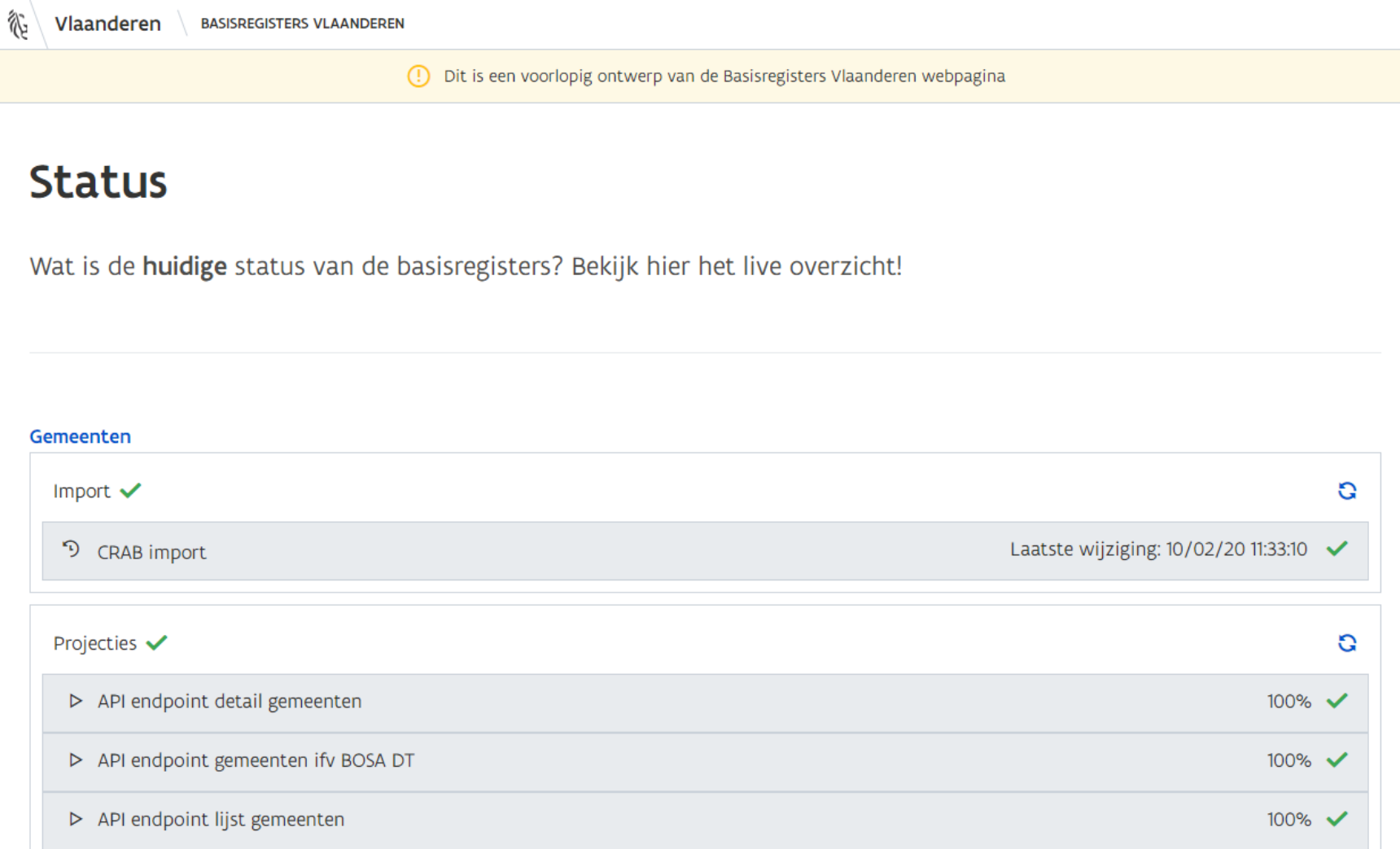 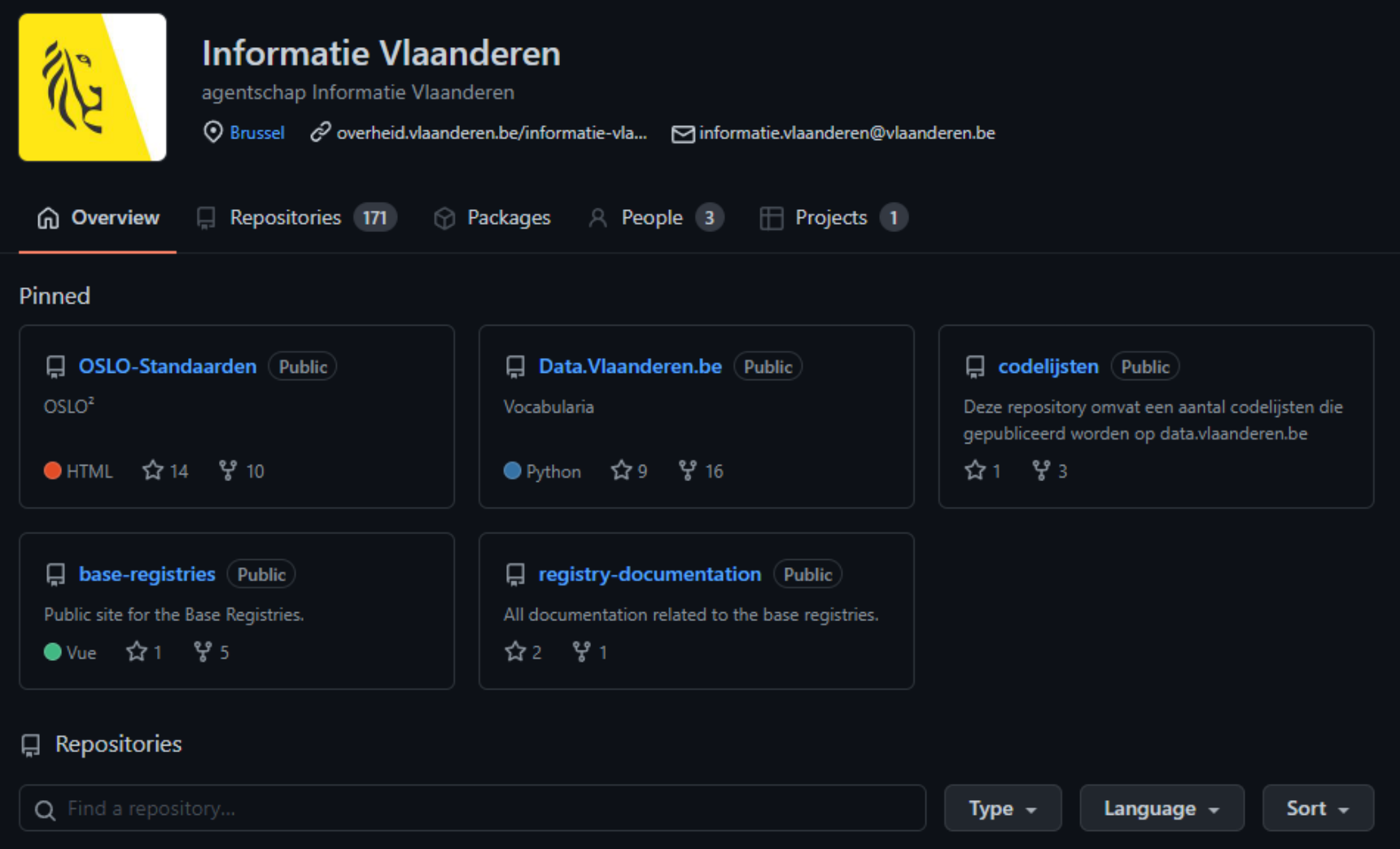 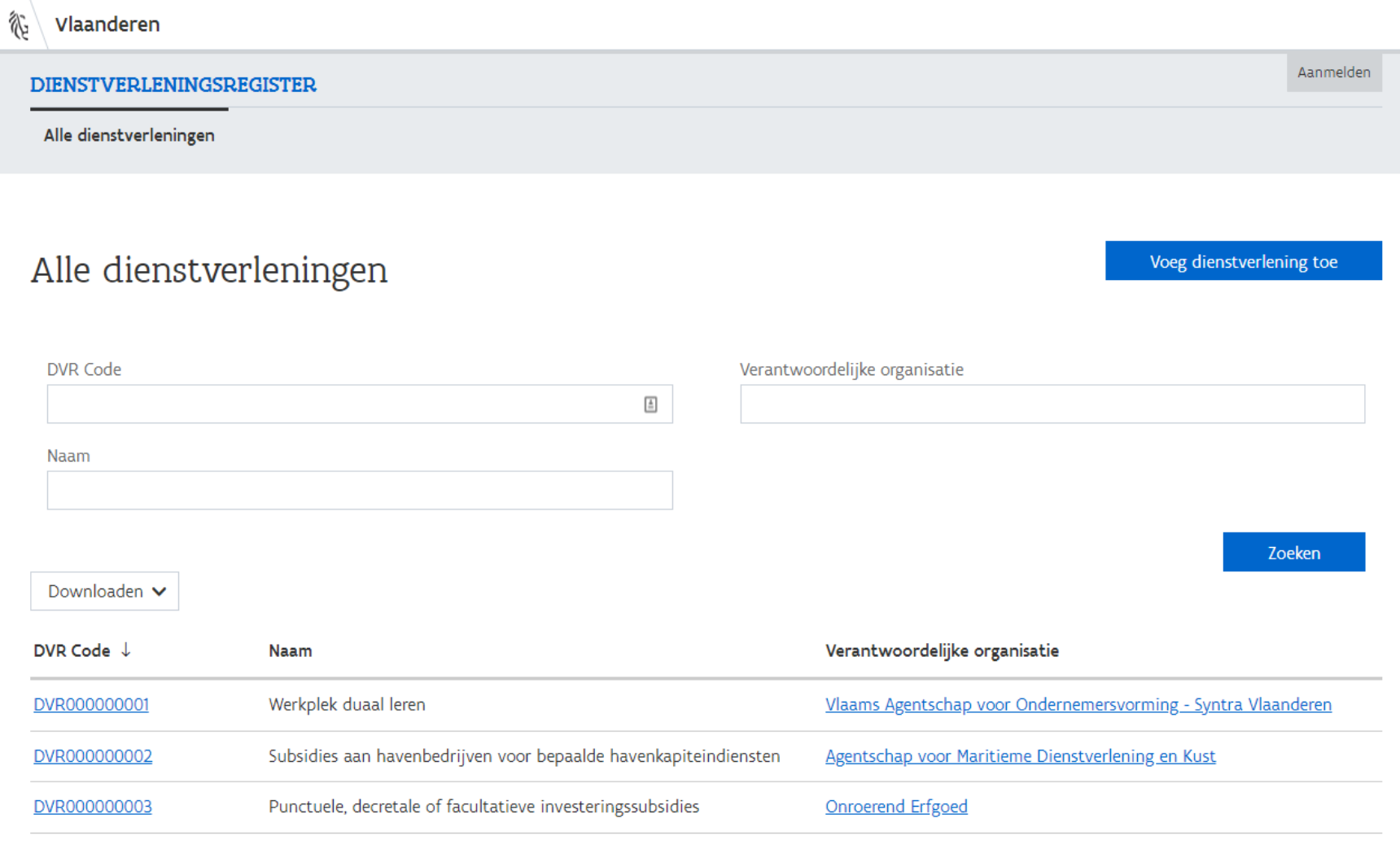 Designed and developed a system of Flemish Base Registries which serve as an official source inside the Flemish Government with regards to all informatie about Belgian cities and postal codes, Flemish streetnames, addresses, buildings, building units, parcels and roads.

Every object is a separate Event sourced service with various projections for different outputs (Atom feed, REST endpoints, Redis caching) and synchronizations with other sources. Other applications can refer to and fetch data of these registries through a unique identifier.

The infrastructure has been setup as Infrastructure as Code with Terraform on AWS. All services are deployed as Docker containers to AWS Fargate. Monitoring and alerting is done via DataDog. A front-end for end-users in Vue, using standard components of the Flemish Government. All dynamic data with regards to releases and changelogs is fetched in realtime from GitHub.

David is a great architect on our project. He has thorough knowledge of all the components in play, is always open for feedback and a great team player. The kind of person you want on every project.

I strongly believe in delivering high-standard solutions to build a strong long-term relation with my customers.

END_OF_DOCUMENT_TOKEN_TO_BE_REPLACED

Developed an organisations and bodies registry containing entities which are part of the public domain, such as municipalities, churches…

END_OF_DOCUMENT_TOKEN_TO_BE_REPLACED

A long time ago, I used PGP for signing my email, but I stopped using it.

END_OF_DOCUMENT_TOKEN_TO_BE_REPLACED

I used to have an IPv6 tunnel on my old machine, but since I moved to a new desktop I didn't get around to setting it up again. That's gonna change today.